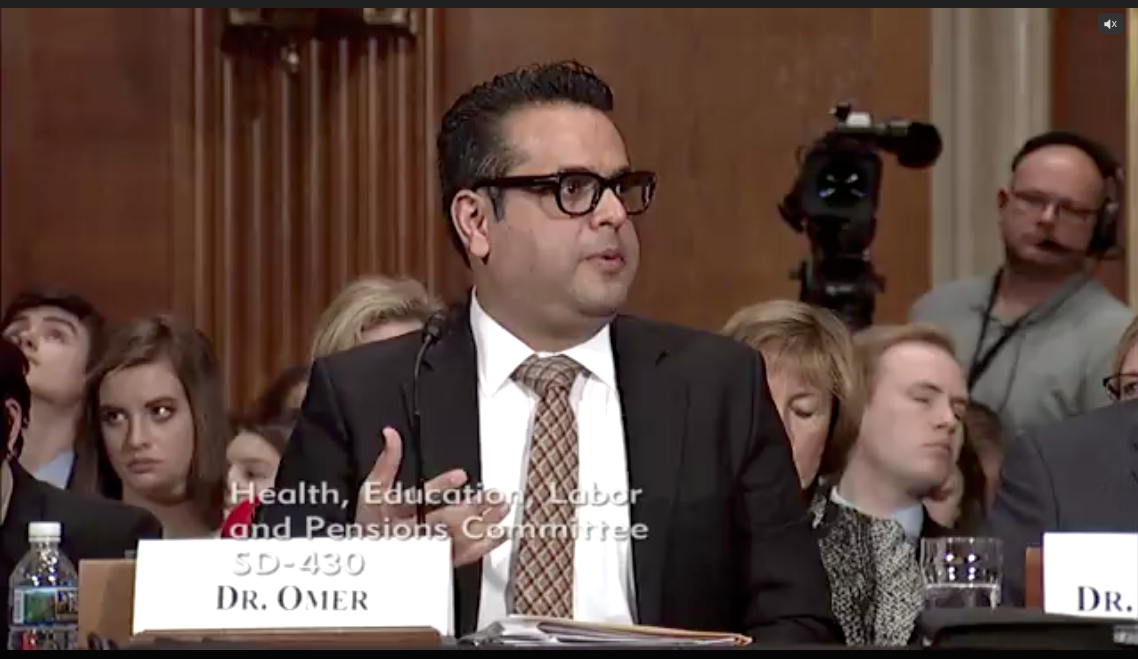 With evidence that the number of measles cases and outbreaks this year is already well on track to exceed last year’s numbers, the Senate Committee on Health, Education, Labor and Pensions held a hearing on March 5 drawing urgent attention to a central tenet of public health: vaccines save lives.

Past IDSA Public Health Committee Member Saad Omer, MD, FIDSA testified at the hearing, saying in part, “In the aftermath of the last measles resurgence in the United States in 1989-1991, there was a remarkably bipartisan effort to address the main cause of that resurgence: vaccine access. Republicans and Democrats came together to establish the Vaccines for Children program to remove affordability as a barrier to vaccination. This program was effective in addressing many inequities in immunization coverage. Preventing the next potential resurgence of measles will require a similar broad-based response.”

A recent House Energy and Commerce Committee hearing on the growing public health threat of measles also highlighted that lack of knowledge, lack of access, and gaps in policy are allowing the life-saving tool of immunization to be under-used, and even actively avoided. These gaps come at great, unnecessary and, in recent years, increasing, cost to our society’s most vulnerable members, including our children.

With 17 outbreaks leading to 372 cases of measles, last year saw the second highest number of cases in this decade. The third month of 2019 finds six outbreaks across the country, including in a New York City community where vaccination rates are low, in the state of Washington, which has declared a state of emergency, in Texas, a state with one case in 2017, eight cases last year, and seven cases already this year.

IDSA supports laws requiring CDC recommended immunizations for children. On the frontlines of outbreaks, our membership believes exemptions to immunization requirements should only be granted for medical contraindications.

In addition, we will continue to urge robust funding for the Vaccines for Children program, for CDC immunization efforts, and for public health outreach to ensure that our communities realize the full benefits of vaccines.